The corona virus which infects humans in almost all corners of the world changes new habits in human life. One of the highly recommended habits is washing your hands with soap. Turi leaves have active substances such as flavonoid compounds and saponins which can be used for making handwash. The purpose of this study was to determine the effectiveness of liquid soap (handwash) from turi leaf extract against Staphylocous aureus bacteria. This research was conducted in the microbiology laboratory of the Harapan Bersama Tegal Polytechnic. Turi leaves were extracted using the maceration method with 95% ethanol solvent, then the extract was made by hand washing soap with 3 formulas. The three formulas were then tested on S. aureus bacteria using the well diffusion method with three replications. The results of this study indicate that formula 1 has a diameter of inhibition of 13.72 ± 0.57mm, formula 2 is 16.36 ± 0.58 mm and formula 3 is 20.36 ± 1.13 mm. Thus it can be concluded that the liquid soap of formula 3 turi leaf extract is the best in inhibiting S.aureus bacteria. 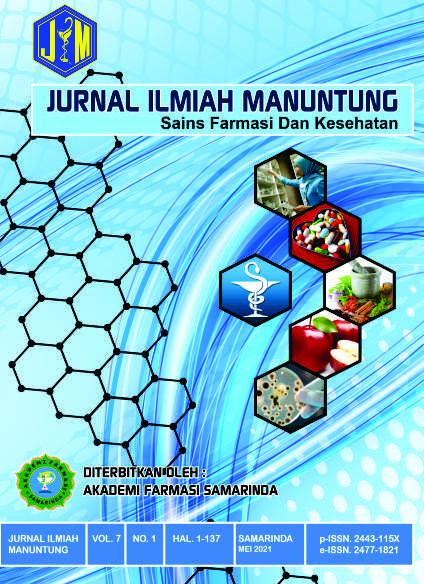